I bit the bullet back in Indonesia, accepting that I would be unable to complete the trip comfortably on the savings I had at my disposal. If I HAD have made it around the entire globe on my stash of British Pounds, I'd have returned penniless. What with the malicious systematic demolition of the benefits system in the United Kingdom, I would probably have been left to starve in the street by Mr Cameron and his Eton chums whilst they sniffed coke and had sex with pigs. The decision to work in Australia on a working holiday visa was pretty obvious really, its a good opportunity to travel and make quite big money quickly. Thanks to Australia's strong economy a lot of backpackers head here, work for a few months then head to South East Asia to spend their Australian dollars in more interesting countries with lower costs of living. 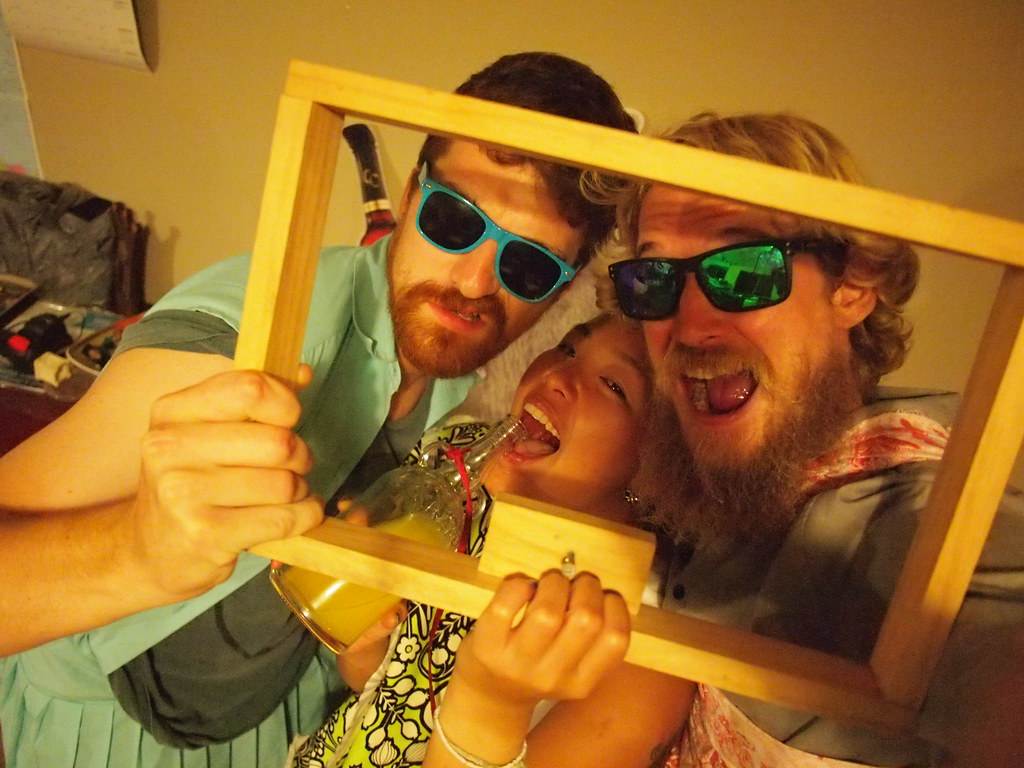 Luckily for me, my riding partner from Uzbekistan, Alex, had a brother living in my city of arrival, Perth, and he was persuaded to make space for me on his sofa while I got my bank account and tax file number set up. Brian, Diane and the rest of the 8 man shared house were bloody good hosts and Freemantle is an awesome town to spend time in, but I decided against taking employment in the city, due to the fact that it felt far too much like normal life and I wasn't ready for that yet. I found a job packing melons on a farm, 120km south, near a town called Waroona. I took the job and moved in on Boxing day. After spending Christmas night alone on a picnic bench outside an empty truck stop, eating peanuts and drinking cheap Thai rum. I;d been in Australia 11 days and only cycled about 150km. That figure wouldn’t improve for over 4 months. 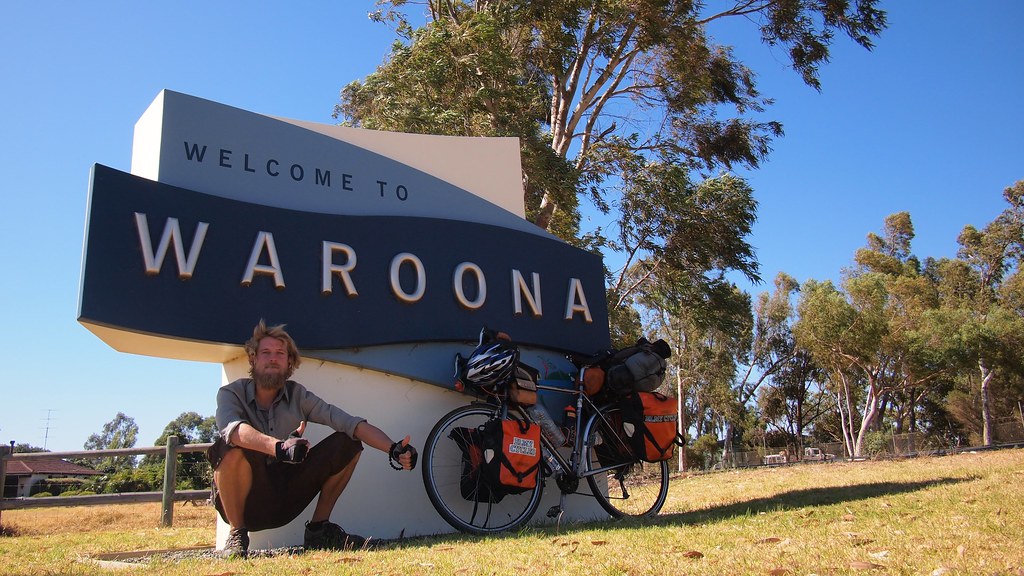 Aside from the need to rustle up some more cash, there were some other reasons to stay put for a little while. Firstly, crossing the Nullarbor in summer sounds downright sadistic. It's a flat, treeless plain (as the name suggests if you understand Latin) hundreds of kilometres long. With few places to get hold of drinking water. In summer the temperatures would regularly be above forty and the prevailing wind comes from the east. Into my face. I did some reading and May or June would be the ideal time to begin. Another draw of working here for me was my desire to stay in one place for a while. Ten months of cycling alone, ,moving around constantly and not building many lasting relationships takes its toll and a bit of stability was definitely appealing, 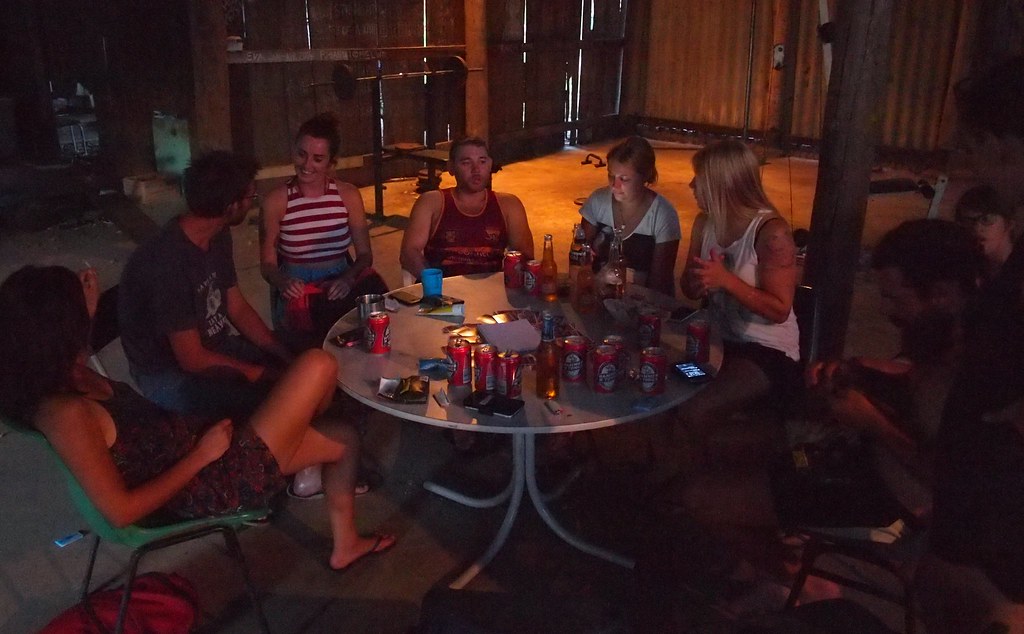 I was one of the first batch of backpackers to arrive for the season and was relieved to find that my colleagues were a likeable bunch. There wasn't a lot to do while we waited for the melons to be ready to harvest so we were made busy with days of weeding. Taking a row each, we would walk in a line, like a police forensic team looking for fragments of a missing victim's clothing, pulling up weeds, trying not to pass out in forty degree heat and blistering sun. We wore orange, which I personally liked, but made us look less like police and more like the escaped inmates we might have been tying to track. Perhaps the management knew from experience that all of us would very soon be a flight risk.

We were released from the farm for new years eve and bundled ourselves into the few vehicles we had at our disposal to get back to Perth for a beach party. We drank until very late in the morning. At some point in the morning I made the surprisingly intelligent decision to seek shade to sleep in. My only mistake was underestimating how long I was going to sleep for, and how far the sun would move in that time. Despite all the hours I've spent riding my bike in blazing sun, this drunken mistake was the first time I got sunburnt since leaving home. Australian sun is notoriously strong, I have never seen sunburn so bad and feel I am now more or less guaranteed to get skin cancer. I escaped the farm on a couple of other occasions too, back to Perth when I could grab a lift that way. But most of the free time was spent at the local dam, drinking, barbecuing and swimming, or back at “camp”, drinking barbecuing and playing cards. I could have used the time to write some blog posts for my website, but I won't even bother with excuses. 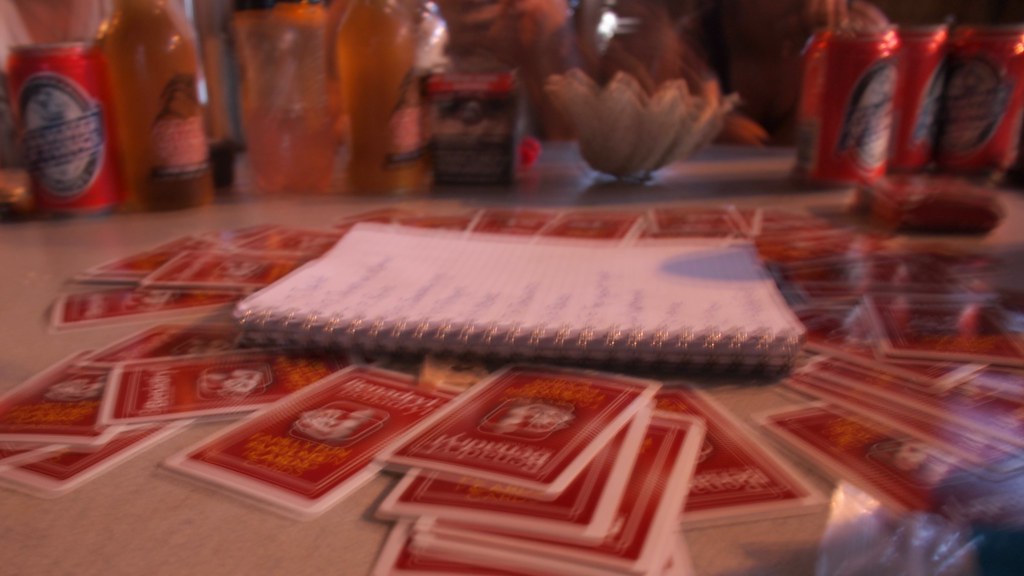 The basic premise of a melon farm is to pick the melons, put the melons in boxes, then put those boxes on pallets and finally put the pallets on lorries. All of these roles are carried out by teams of backpackers. All of the roles are equally stimulating, i.e. Not at all. If you could spell your own name and lift more than 3kg though, you got to work in the packing shed. The scum were sent to the fields. I landed the job of moving the pallets with the forklift truck. Over and over again. My job was probably the best one going as it had some slight variation and I got to hang around in the fridges, sat on my arse mainly. I saw this as my reward for being the only person who travelled twenty thousand kilometres by bicycle to be there. 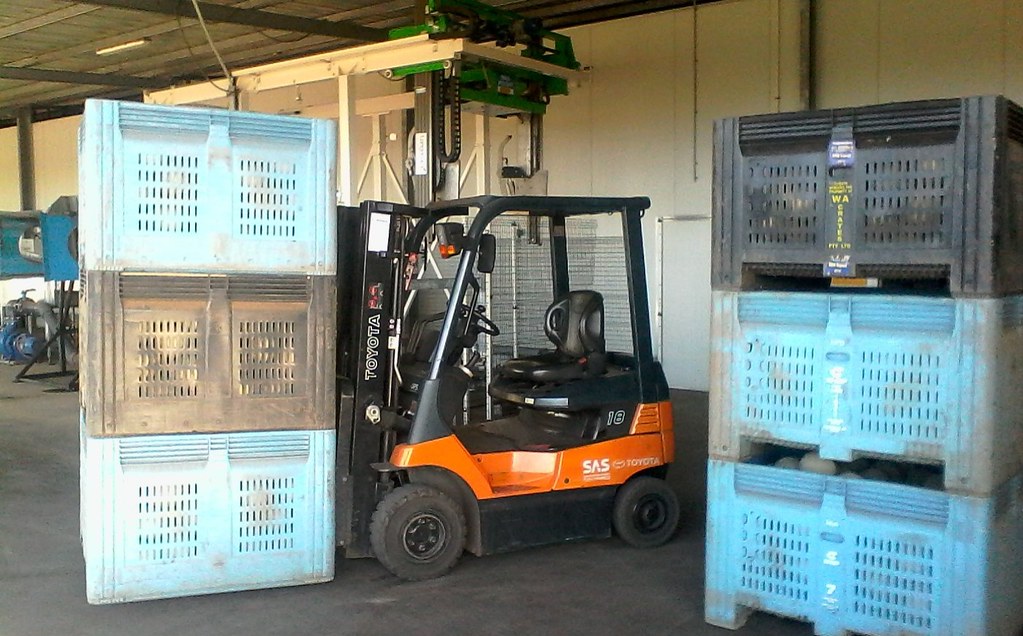 The management had very little respect for their cheap, disposable foreign workforce and were pretty abusive for the most part. They were well aware that most of the staff were only there to complete 88 days of agricultural work and, in doing so, qualify for an extension on their visa. Any interactions with the bosses would quickly descend into shouting and swearing matches. Insults and, at times, out right lies. They had no real respect for the contracts that they themselves had written up, or basic employment law, and they made no efforts to disguise their racist attitudes towards certain groups (usually the French). In all, they were a pretty horrid bunch to work for. But it turned out that we got paid quite well compared to other places thanks to the management also being unimaginably unintelligent. Our full time contracts entitled us to holiday pay and payment for un-worked hours, something they seemed blissfully unaware of. They have since reverted to employing staff on a casual basis. 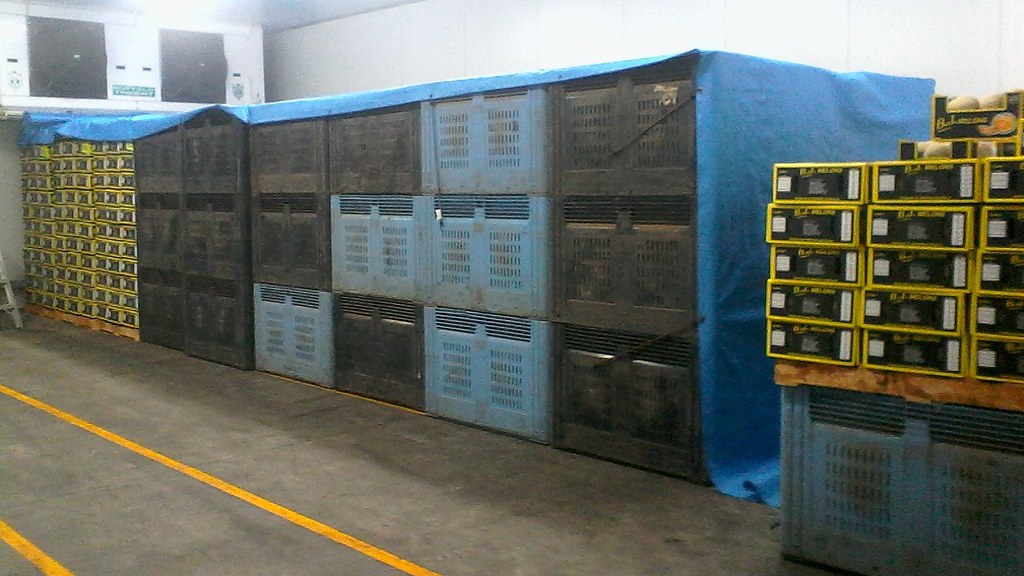 Some days we would have the radio on in the shed. Coast FM, who seem to have a collection of about eight tracks (at least two by Justin Bieber), on a loop. All day. The remote control was, I suspect intentionally, lost and, with the radio mounted high up the wall we worked in silence for some days before some smart-arse found a ladder. Either way, some days the radio would be conspicuously left off (I often pondered whether it was a punishment. Or a reward. And which was which) and we would hear only the perpetual grinding and clunking of the melon grading conveyor belt machine thing. I don't know if it was the machine or that fucking Bieber weasel that pushed me closest to driving my forklift through the office wall with my resignation spray-painted on a pallet. But I thought about it often. 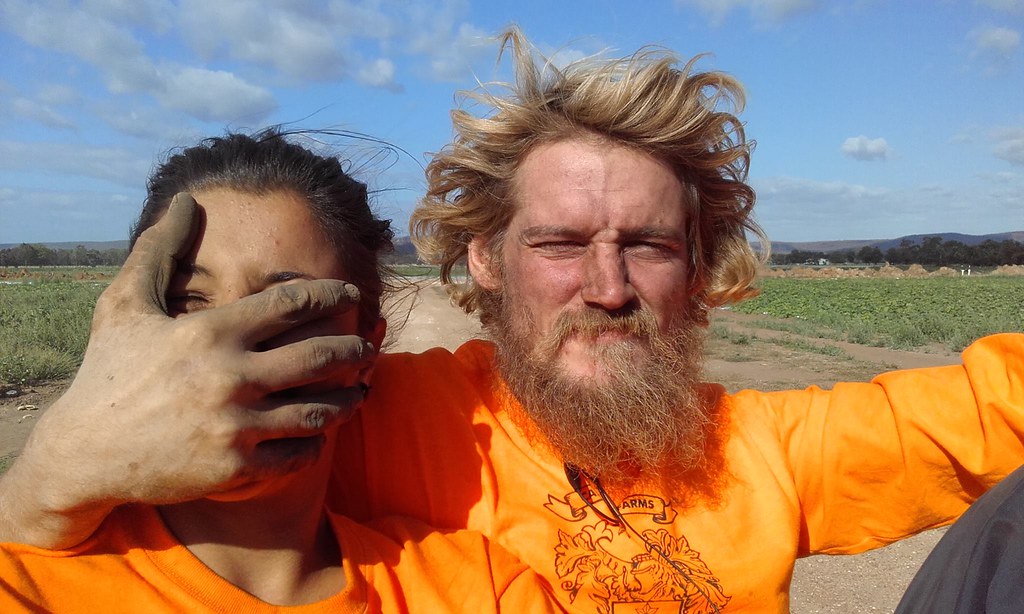 Other than my brief foray into weeding, I didn't do any outdoor work, so I don''t know what life was like out in the fields. But I assume a lot worse. They were out in the heat and the rain and the mud. And their direct supervisor was even more of an unstable, inbred arsehole than mine. Near the end, the shed workers hardly had to work at all, we'd be told quarter of an hour before our shift to come to work a few hours later. Then told fifteen minutes before that time not to bother at all. So we'd get drunk and play cards while the pickers spent 12 hours staggering along trying not to die or get fired. But I did hear a rumour they got two different radio stations on the tractor. 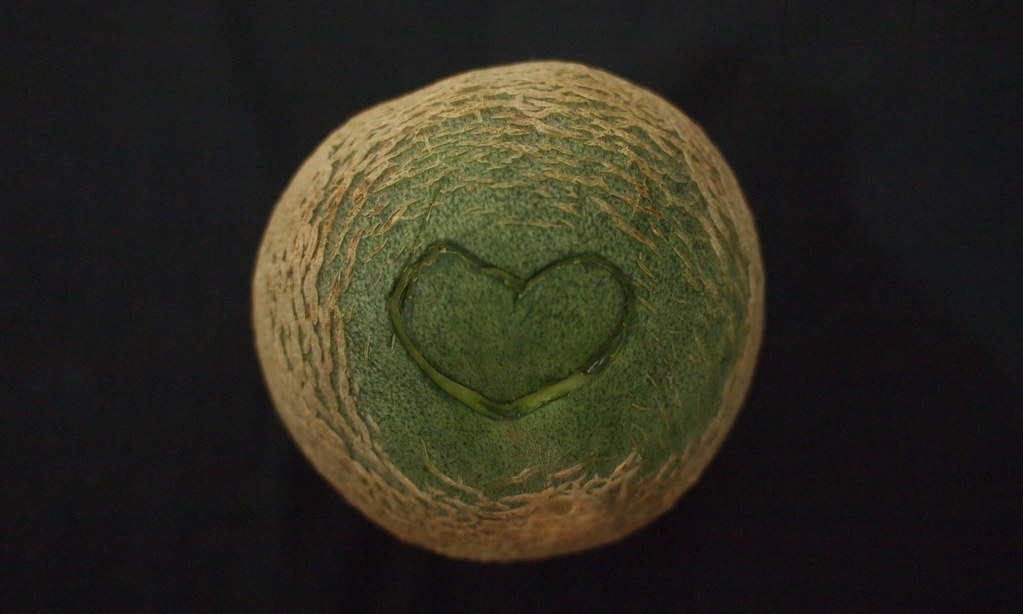 The days were long, even if we weren't actually working. made bearable only by the excellent group of comrades I shared the role with (not the pickers. They were scum). That and the unhealthy level of alcohol consumption we managed. But still, by the time the first of may rolled around and I was finally free to go, I was genuinely enthralled by the prospect of riding a heavy bicycle across a thousand miles of uninhabitable wasteland.