There are a lot of really nice features to India for a cycle tourist: the roads are all pretty well surfaced and the signs are in English, numbered clearly and have a plethora of (sometimes conflicting) miles markers to help pace yourself. Food and water is available everywhere, at a decent price. The people are friendly and the scenery is lush and interesting. For me though, overall it was unique for just being so damn stressful. 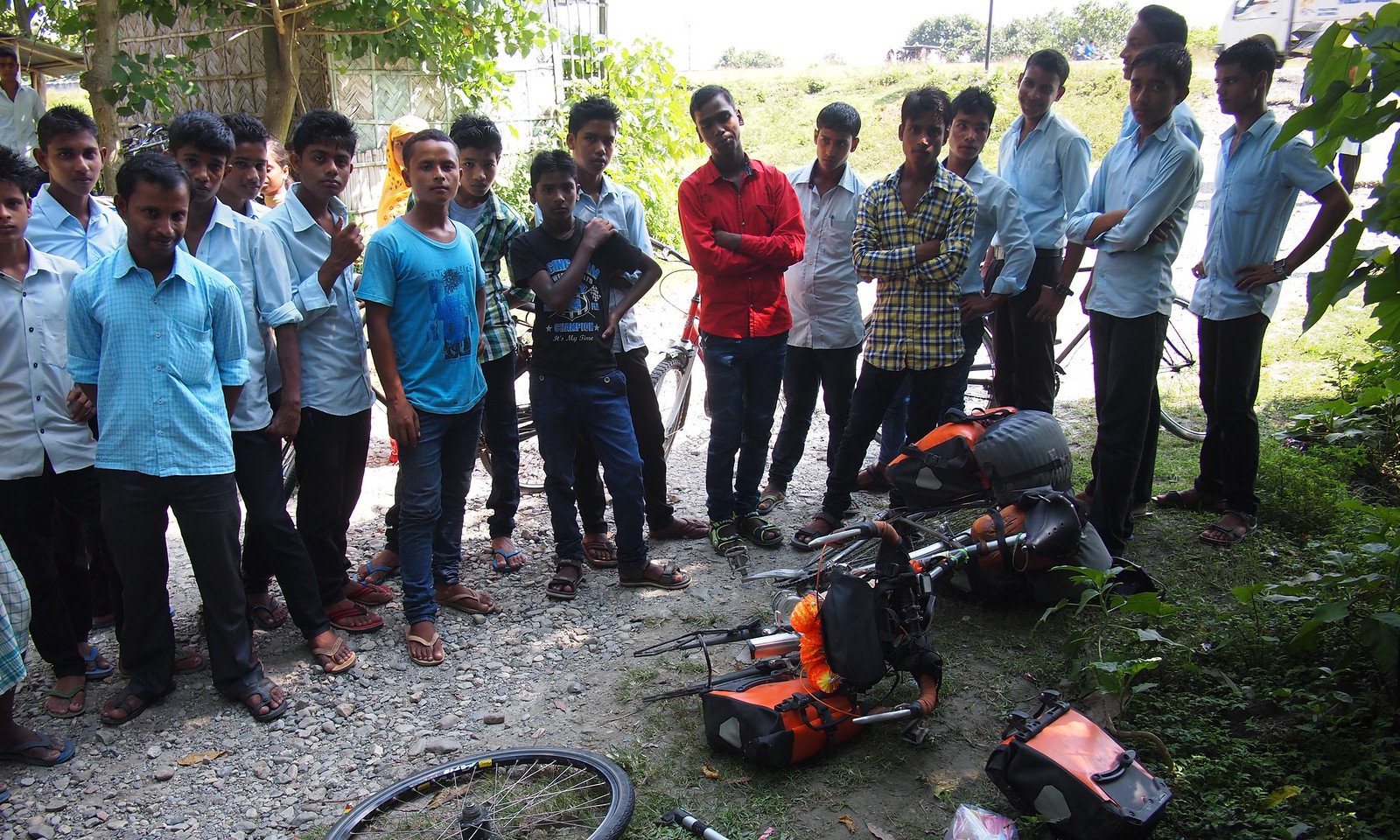 I've been tempted many times to just get a bus to the border, try my Myanmar permit early and, if refused, to simply and stubbornly camp in no-mans land between the two border crossings, begging the Burmese guards every morning to just let me in. So what could have me so vexed, the poor sanitation? Mountains of waste? Chaotic traffic? Dirty water? The heat? Limited internet access? Power cuts? No. None of that phased me in the slightst. 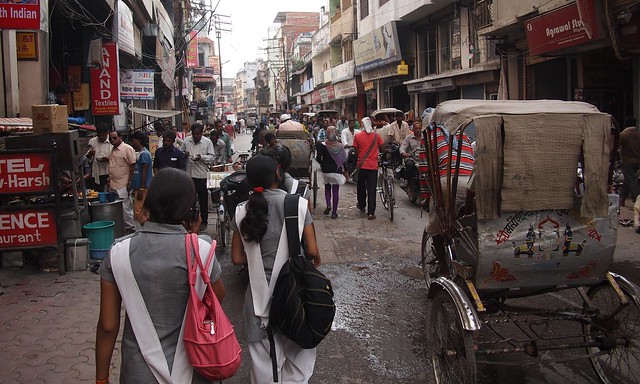 It took me until 3pm to finally break free from the hostel (missing the end of The Hobbit in the process) and head back onto the road, with hopes of regaining my mojo. Back on the highway the relentless stream of trucks barrelled past kicking up thick clouds of dust and destroying fleeting moments of tranquillity with their unbounded horns pumping La Cuca-fucking-racha and other ridiculous tunes directly into my cochlea. 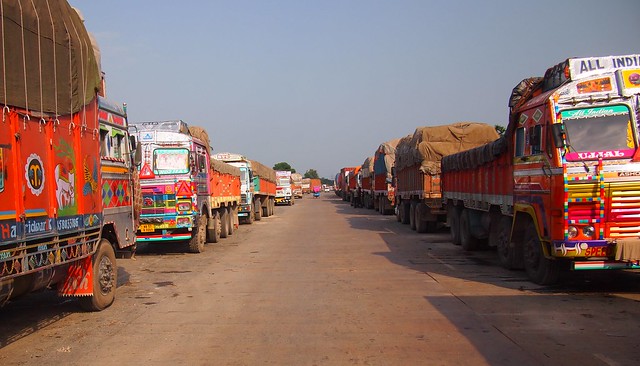 Chopping in front of me then slowing to a crawl, matching my pace and sitting on my arse or grinding along on my flanks; the smaller road users were no less annoying. Motorists, cyclists and sometimes even Tuk-tuks loaded with passengers would malinger everywhere. Staring . This kind of sustained, uninvited, close-quarters riding becomes frustrating as the distraction disrupts any rhythm I might have secured. 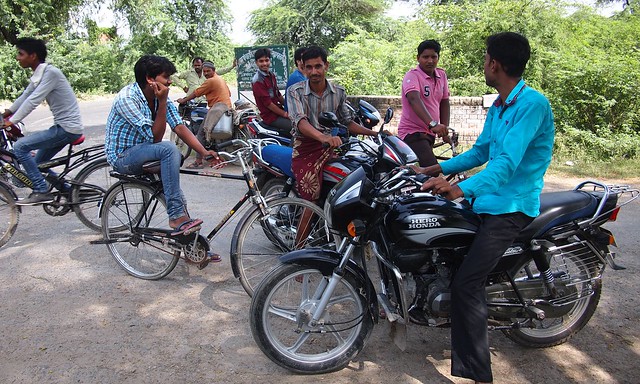 I've grown used to being an object of intrigue, and for somebody ordinarily so distinctly uninteresting it did take some time. I never neglect to remember that I am in a fortunate position to be able to travel the world and learn about how other people live. The majority of people in these parts of the world are not. Therefore, their meetings with tourists are their opportunity to learn about others. In most countries though, there was etiquette in the spectatorship. If I were sitting eating a meal or just resting by the roadside, I would see people in my periphery lingering with intent, but they would not approach until the timing was suitable. Everybody else seems to know when the timing is right to hang an arm around a strangers shoulder and start taking “selfies”. Generally after you have made some form of introduction.

On the other hand when I try to make contact I am often faced with blank or even unfriendly expressions. Young men will present a stand-offish mood, women will simply look away and even children will be likely to ignore any attempt at friendliness. The people of India that I've spoken to have been really friendly and helpful but sadly, for the most part, they don't speak. They just engulf me and stare silently. I could be fixing a puncture, eating my lunch or simply taking a piss and it was guaranteed that within minutes I would have a crowd of at least pub-cover-band proportions. 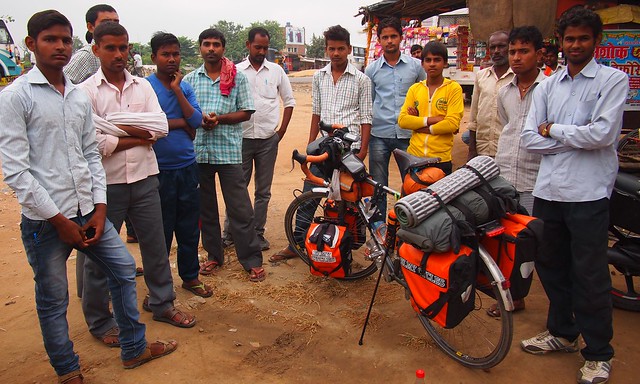 So if a white guy eating Dal or urinating against a tree is fascinating enough, you can probably imagine my levels of success with camping wild, out of sight. Yeah, sod all. There are over a billion people in India and it always seems like most of them are exactly where you don't want them to be when you're looking for somewhere to camp. The towns along the highway don't really end, they blend seamlessly in to one another. Any spaces between are teaming with people trying to find a bit of peace and quiet. MY peace and quiet. 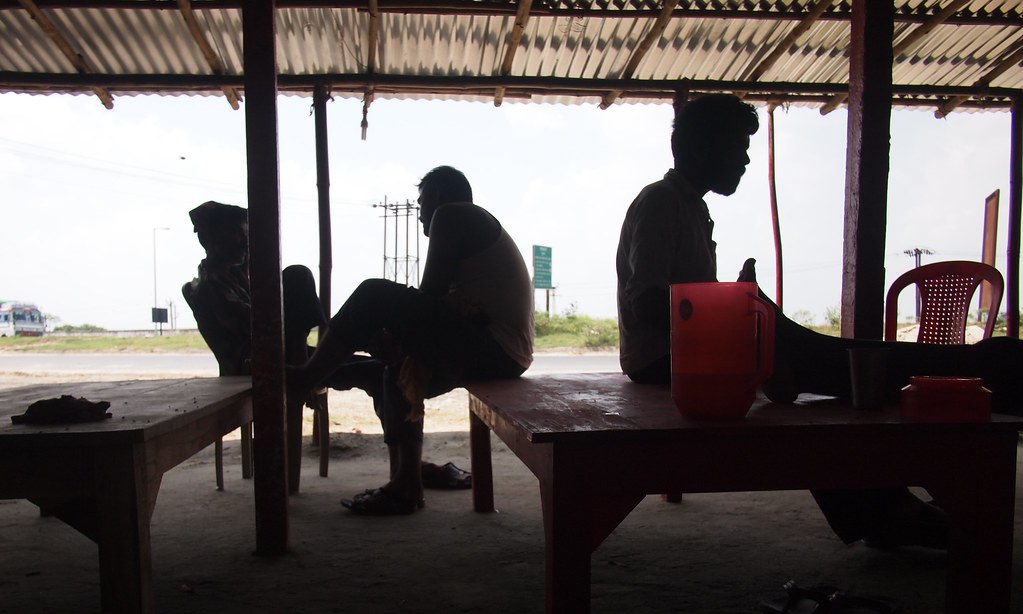 In need of places to stay, it was back to my old methods of slumming it when terrain has been unusable: Truck stops and petrol stations. The highways are lined with Dhabas, which are small, grubby restaurants where you can eat, wash yourself with the pump out the front and sleep on a wooden deck with a load of truck drivers. A decent-sized meal costs about a quid, if I'm permitted to pay. Usually the owner refuses my money, or a group of locals will insist on footing the bill. The only catch? Nobody speaks English, but they all want to chat. And while I attempt conversation, I get bitten by mosquitoes and stay awake until past midnight as fresh truck drivers arrive and tag in while I have no tag partner to relieve me of my post. 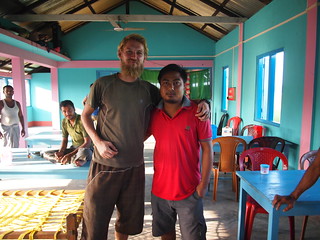 Just looking for some solitude that isn't the rare treat of a fully enclosed toilet, (and trust me, that is solitude you don't want to enjoy for too long) I became willing to actually PAY for accommodation. Unfortunately Indian hoteliers seem to love coming up with joke prices for tourists and if an untrained hotel receptionist should accidentally let slip that rooms are available for less than $5, his boss is quickly on scene to rectify the error by explaining that that price is for a standard, non-AC room only (the likes of which are a palace to me) and that these are all fully booked, as are the deluxe non-AC and standard AC, leaving only the deluxe AC rooms at over $20. Such a large hotel, with an empty car park and so many keys on the hooks behind the desk, yet my haggling doesn't touch half these guys, so I end up back in a dhaba.

So far my journey has reinforced my love for humanity. Proving time and time again that people everywhere are good and that my faith in mankind is well-placed. The intensity and frequency of this kind of exposure to humankind, however, has left me craving the barren emptiness of the Kazakh steppe. Luckily for everybody back home, I lost my phone. So nobody needs to hear my miserable whining, but it meant I had the added stress of wondering if some lucky Indian was racking me up some roaming charges in the period before I could block my SIM. Of course, losing my phone also meant losing my music, this was not the time for that. I don't function well without a daily dose of HipHop.

You probably guessed, but I still haven't fully recovered my motivation. 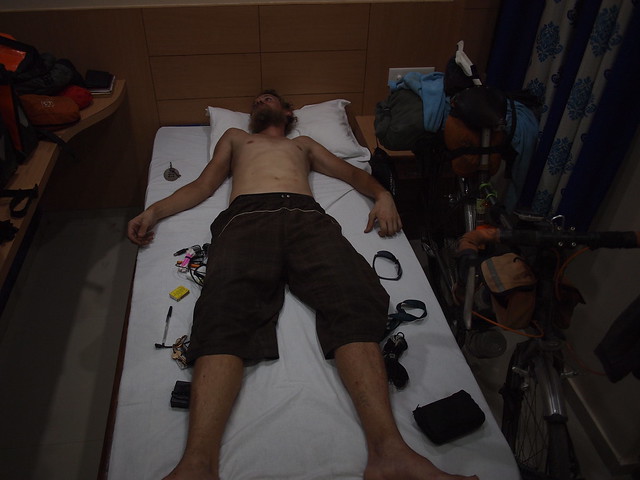 (I posted this from an internet café, oddly situated above a pharmacy and visible from the road, I was mobbed while I sat at the keyboard by no less than ten people all looking over my shoulder, clearly not taking the hint if they were reading my writing).